I really like Carol's short story "Off The Grid." We are excited to say that it was recently published in the latest edition of The California Writers Club Literary Review. 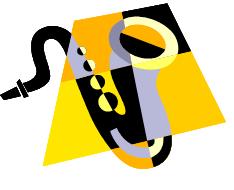 Teddy nodded his thanks without missing a note as the young woman dropped some change into the open saxophone case. As he anticipated, foot traffic was heavier than usual in front of the Dollar Store this Friday, and people were feeling excited and generous about the beginning of the holiday season. It was the day after Thanksgiving, with many people already in the mood for Christmas.

Today Teddy’s playlist of recognizable pop/rock and occasional jazz tunes was salted with songs of the season. “Feliz Navidad” was a big favorite in this neighborhood, and most of the families recognized “Rudolf” and “Frosty the Snowman.” This mini-mall was not the most profitable location on Teddy’s circuit, but the high volume of steady customers gave it a measure of reliability. The Dollar Store was a modern-day Five-and-Dime, with only the name changed to reflect the inflation of the past sixty years. The store offered simple things that people would always need – household items, certain packaged food, hair care products, stationery, costume jewelry. People came to shop, buy lottery tickets at the liquor store, and dine on Chinese take-out. Teddy lived within walking distance himself, and he worked this strip at least several times a month. With clouds looming from an offshore storm, Teddy felt he had been prudent in postponing the long bus ride to Best Buy until tomorrow.

Read more »
Posted by SoCal Yankee at 6:45 PM No comments: