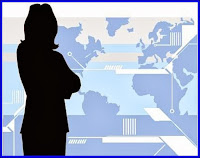 Carol Kearns' Cupcake spy stories were inspired by the Cupcake character in Reflections on Espionage, by John Hollander

Cupcake and Lace
by Carol Kearns


Cupcake checked her messages and noted Weber’s time of arrival.  Then she sat down to prepare her pictures for Instagram.  This week a picture of crepes meant a meeting after breakfast, 10 AM; a picture of a pizza said meet after lunch, 3 PM; and a picture of sushi said meet after dinner, 9 PM.  If she applied a red filter, it meant a quarter after the hour; if the filter was blue, it meant half-past; and if the filter was green, it meant forty-five minutes after the hour.
The pictures of food were always accompanied by “sightseeing” shots:  at least three pictures of public landmarks or famous buildings, and somewhere in the middle of the series, a picture of the structure across the street from the actual meeting place.  This week she saw that the Agency had created 130 followers on Instagram on for her.
A call from the boutique came just after she posted her final picture.
“Cherie,” said a feminine voice.  “Your order has just arrived.  The Belgian lace is beautiful.  Would you like to come for it now?”
What?  This was not in the plans.  Giselle was one of their most reliable contacts.  But Belgian lace was the code for come now.  It must be important.  Cupcake put her gun in her purse.
Ten minutes later, when she entered the shop, she saw Giselle arranging a new display of intimate apparel.  A husky man with graying hair was near the window, casually browsing through silk kimonos
Giselle looked up as Cupcake approached.  “Bonjour, Cherie,” she said, but her eyes revealed anxiety as she glanced at the male customer.  He now held a gun and was walking toward them.
“Alright, you two, close up shop and head for the back.”  He motioned with his gun for Giselle to lock the door and put out the Closed sign.
“Who are you?” demanded Cupcake.  “Is this a robbery?”
“Don’t make me laugh, Cupcake!  Yes, I know your name.  And don’t pretend that you don’t know me.”
“I don’t know what you’re talking about,” she insisted.
“Yes you do; you call me Lucifer in your reports.”
Cupcake’s face remained a mask; she would not give him the satisfaction of a confirmation.
“Get moving I said.  We’ll have plenty of time to talk in the back.” But before Giselle could move, a customer came in, nicely dressed in a sport coat and slacks.
“Hello,” he boomed, his voice projecting too loudly as he closed the door just a little harder than necessary.  “My girlfriend told me that she loves your shop, and I want to get her something special for our first month’s anniversary.”  He was moving briskly around the displays, touching everything, smiling as he examined the delicate clothing.
The husky man slipped his gun back into his pocket. “Monsieur, Madam was just closing up.  We have a business meeting.”
“Lavender is her favorite color,” the customer continued, oblivious to the tense body language of the three people already there.  “Of course, I think she looks great in red.”
Suddenly he sneezed.  “Sorry,” he said, “I’m allergic to some perfumes.  Is someone wearing Tabu?” and this time he sneezed quite violently, falling against the man with the hidden gun.
Seeing her enemy stumble, Cupcake was on him in a flash.  She kicked him hard on his backside before he could straighten up and sent him sprawling amid the brassieres.
Giselle sprang to the phone to call the police, and the loud, clumsy stranger was now direct and efficient as he put a knee to the man’s back and applied his thumb to a pressure point on the neck.  The man they knew to be Lucifer stopped struggling and went limp.
“Weber, what are you doing here?” demanded Cupcake of the man who had just come to her aid.  “Control said you weren’t arriving until tonight”
“I’m supposed to be here now,” he replied, as he searched Lucifer’s pockets and found the gun.  “You sent a picture of French fries with a blue tint – after breakfast, 10:15.  Good thing I saw what was happening through the window.”
“That was last week’s code,” Cupcake said with a sigh.  “You do good work, Weber, but I think you need another day of training with this app.”

Carol Kearns' Cupcake short stories are inspired by the Cupcake character in Reflections on Espionage, by John Hollander
Posted by SoCal Yankee at 5:02 PM No comments: