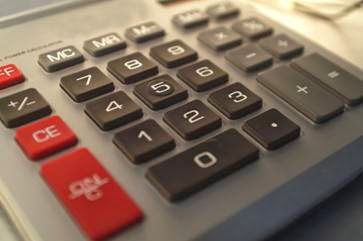 I was working with a crew high on a hill overlooking the rolling vistas of when my cell phone rang. It was Dan, an old friend that I hadn't talked to for 5 years. He called to tell me Roger Arrington had died. Behind me generators hummed. Our crew had long range cameras mounted on the lift gate of a truck: we were tracking moving vehicles along a highway miles off in the haze, field-testing the way the computers recalculated the positions of cars as their outlines passed from bright sunlight into deep shade As I talked to Dan over the wind and the noise, I couldn't help thinking that this was just the kind of thing Roger would have loved.

Roger had been my mentor when I first started working at Hughes Aircraft Company. He was about my height and a bit younger than me, and he was the smartest person I had ever met. We worked with cameras and lasers and telescopes, and Roger knew all the theory of all of that, and all the practical details too. But he also knew all there was to know about aircraft flight, and shipboard radar, and a thousand other things. We would play a game: pick a subject - and Roger could tell us the basic equations, the primary mathematical laws that governed that particular topic.

For years, every Friday lunchtime Roger held what the intellectuals would call a salon. He and a bunch of us would go to a Mexican restaurant on. It was invitation only, and if you were invited it meant that you had been judged to be one who truly appreciated science and engineering in its many dimensions. We stirred rice into cheap enchilada sauce around a large table in the dim light, and discussed Roger’s latest “thought experiment.” These thought experiments were concepts where all the details were explored: was the concept feasible, what were the engineering challenges, how would the project be built.

They would go on for weeks. But after awhile, most of them were set aside and replaced with the next challenge. But Roger also had challenges of a different sort. Although he couldn’t really comprehend it, he was in love. He was in love with Donna, a woman that we all thought was about the nicest lady in the building. She liked him a lot. They were in their thirties, and it was marrying time. But for Roger everything was a thought experiment, and he couldn’t tie down all the logic involved in this situation. How does one know for sure? And if things don’t work out, should he protect - how would he protect his modest assets.

The last Friday lunch that I remember - we were eating the same enchiladas, mixing the same rice, trying to help Roger understand that love was something he was never going to be able to figure out. The leap of faith eluded him; he was confused and defeated. And after that, none of us were really interested in going out for Mexican food on Friday afternoon.

Up on the hill, looking out over , I had a hard time hearing Dan over the wind. He was telling me that Roger had died of a degenerative brain disorder. As we talked, a bit of dark humor that drifted uninvited into my mind– he had died from an overworked brain. I quickly filed that thought away as completely inappropriate.

On the phone, I heard Dan pause.
“You know,” he said, “I just thought of something that I am almost ashamed to say.”
I smiled to myself - and told him “I know exactly what it is.”


Posted by SoCal Yankee at 5:53 PM No comments: